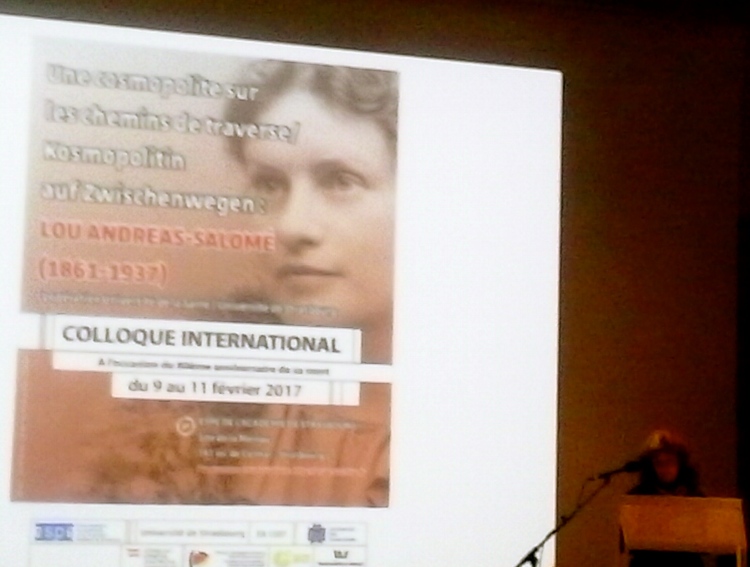 Une cosmopolite sur les chemins de traverse | Kosmopolitin auf Zwischenwegen: Lou Andreas-Salomé (1861-1937). The first European International Conference on Lou Andreas Salomé was introduced by Anthony Mangeon, a member of the bureau of I’EA 1337 and Andrea Young (above), director of l’ESPE, who declared Strasbourg as the ideal location for a woman who expressed in the realm of the in-between borders. 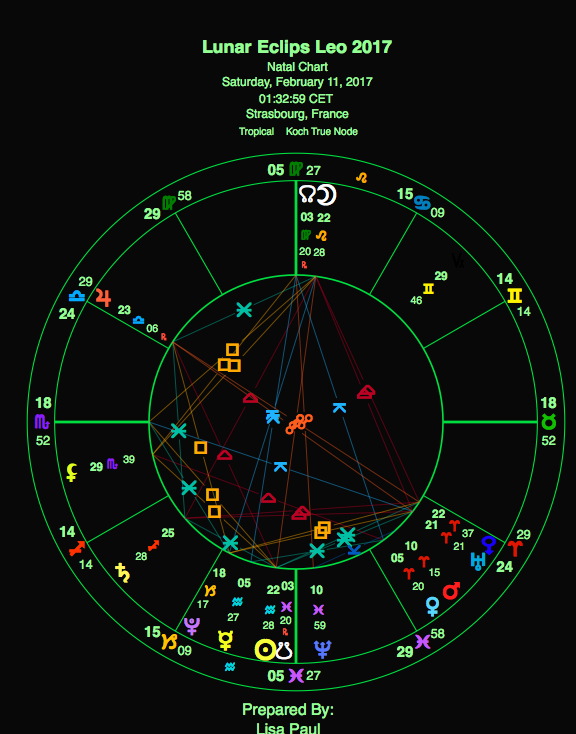 Lou Andreas-Salomé was ushered into the academy on 09-11 February 2017 directly under the Leo/Aquarius Lunar Eclipse of her reprise as the Aquarian icon of the Übermensch.

Scholars from various disciplines convened at the Universite Strasbourg to share their research and creations inspired by Lou Salome, while struggling over a common vocabulary for the in-between symbolized by the location on the French and German border. 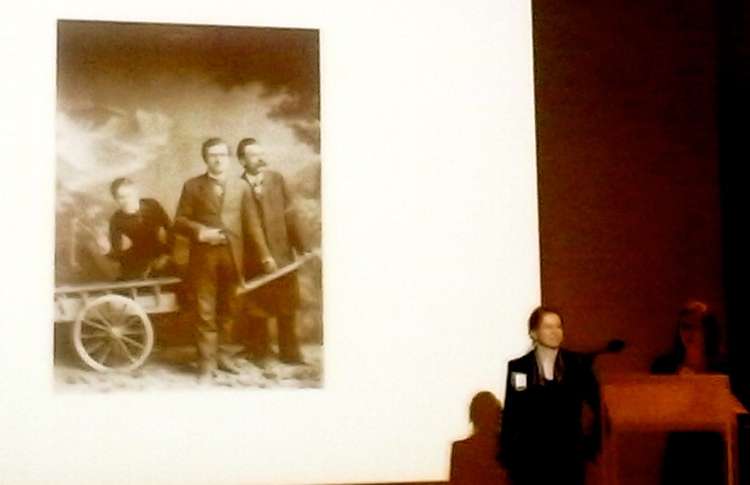 The German scholar Irmela von der Luhe was the keynote speaker. Her full-bodied struggle articulated the need to uncover a new language for Salome, thereby placing the feminist denial of her importance into a crucial critical perspective.

On Thursday evening, the group was treated to the new German film, Lou Andreas-Salomé,  expertly crafted to unfold the untold story of inner/outer feminine liberation from the holistic perspective of writing of her autobiography in her twilight years. 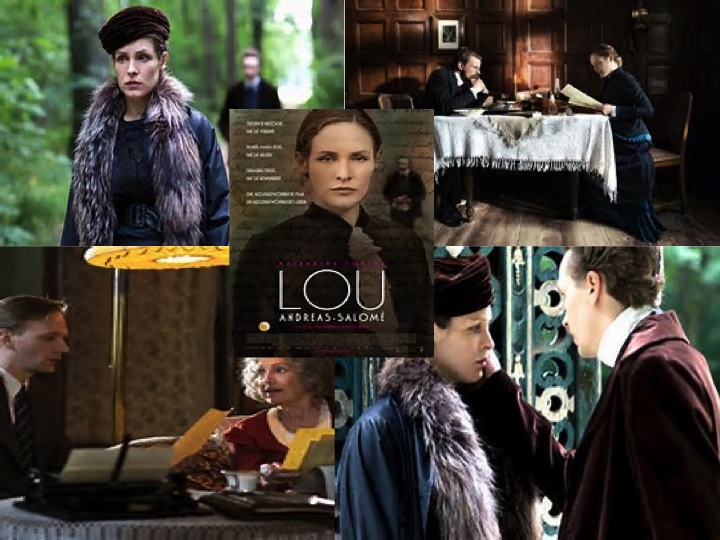 From a critical perspective, Lou Andreas-Salomé was (r)evolutionary in the manner that it acted as a cinematic Mobius strip dramatising the untold story of inner/outer feminine liberation from patriarchal projections — not through female fantasy but the lived experience that was the (r)evolutionary trademark of Salomé.

Indeed, having the first European academic conference on Salome in Strasbourg, a stunning city in-between two nations, where the bulk of the people are trilingual, in using the international language of English to communicate over the historical borders. 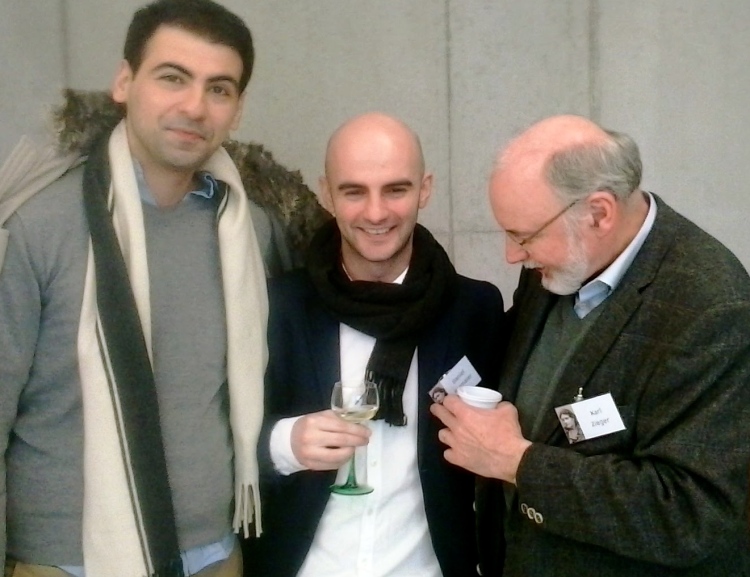 All participants entered through the holistic perspective of the woman with whom they shared their identity — via the Lou badge! 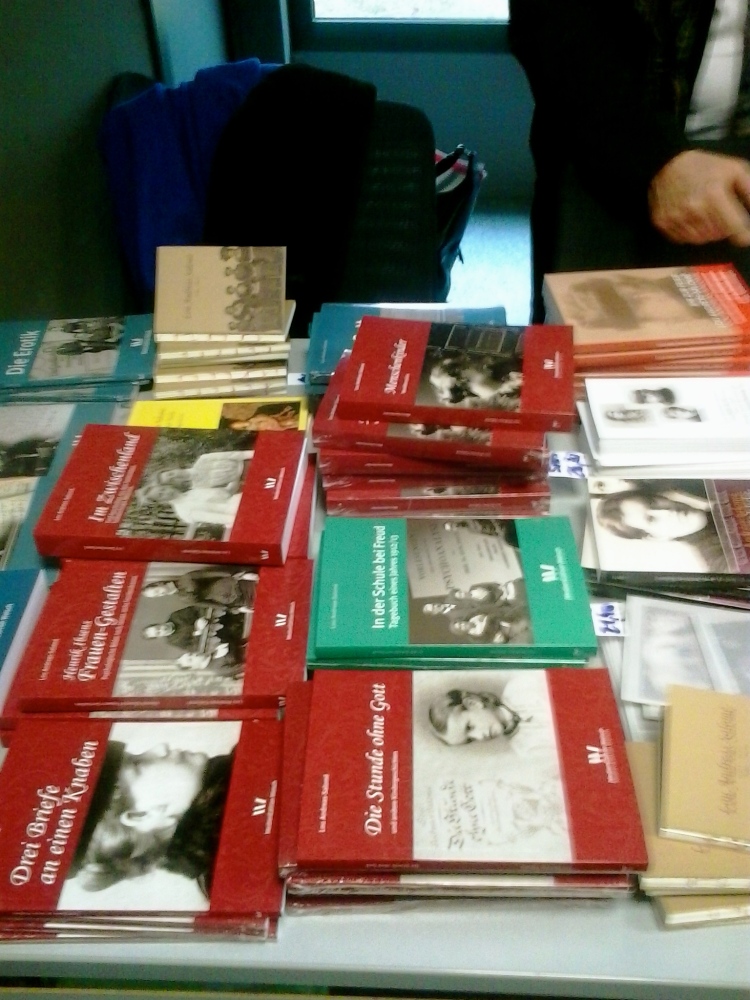 The growing trade of Salome literature, in three languages, in evidence at Strasbourg, courtesy of Ursula Welsch, director of Median Edition Welsch.

Thomas Schmidt (Deutsches Literaturarchiv Marbach), presented projections from his curation of “Rilke and Russia” that will present the archeology of Rilke’s travels with Salomé. 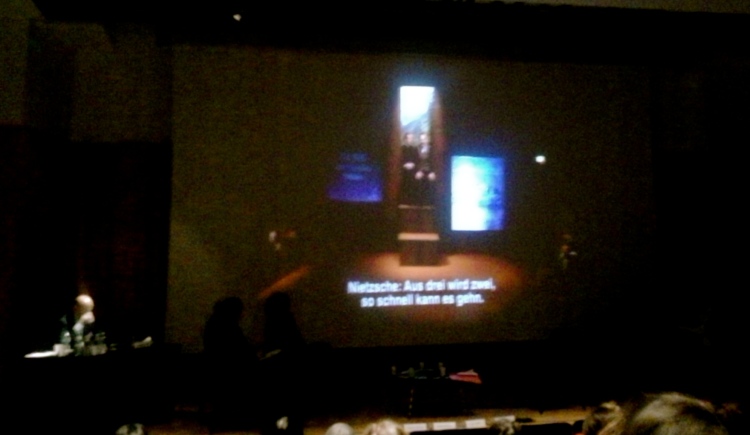 During the Thursday Round Table, Lutz Keßler (above) shared images from a recent theatrical performance about Salomé and the Dreieinigkeit in her chosen hometown of Göttingen. 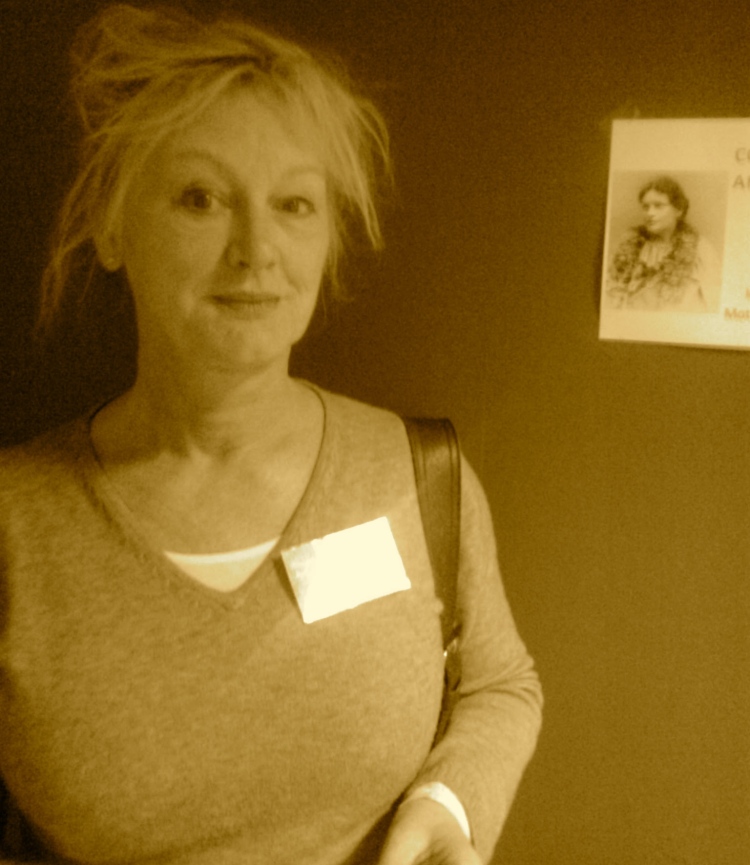 The Dutch author Joke J. Hermsen (ab0ve) lived up to her Hermetic moniker by creating the Kairos moment in her interpretation of Salome through the binary of time:

In her philosophic and psychoanalytic writings Salome formulated a theory in which love, but also art and creativity are to be understood as the renewing forces of human life. They both provoke what we could call a kind of crumbling down of the identity-limits, the so-called “Selbstvergessenheit” enabling the amorous or creative subject to come into a new interaction with ‘the other self’ (Selbstsucht). It is this practical movement–to forget oneself in order to find oneself that Eros and Art engage…. Her model of a two-stringed or double-edged character of time and subjectivity implies therefore the existence of a distance, a creative space between these two layers of our subjectivity, that is: between the facts of our identity, our race, sex, age class, culture, etc. and the unconscious story of our inner self. 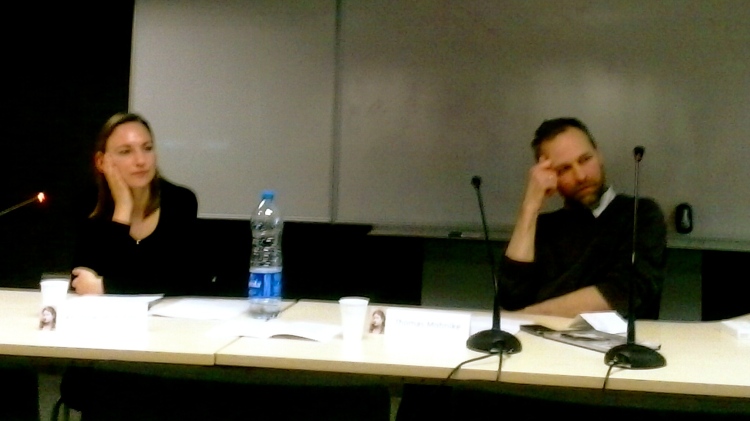 Jennings declared Salomé as a key contributor to the debate surrounding sex and gender. She presented the essentialist Salomé departing from the American feminist view in her belief of biological considerations: “the reproductive difference between male and female comes down to the female egg enclosed in her own circle — as opposed to the male sperm as differentiated and striving”. 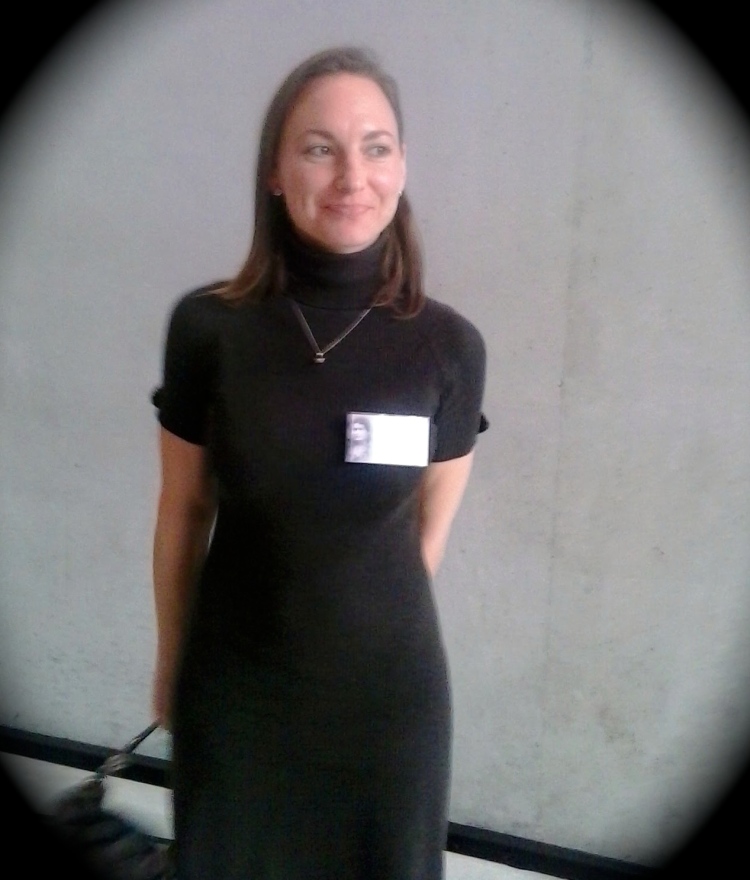 Jennings’ paper “Im Zwischenland: Lou Andreas Salome on Adolescent Sexuality” presented an engrosing literary analysis of the fiction of adolescence as metaphor: commanding the space of Uncertainty between the opposites. 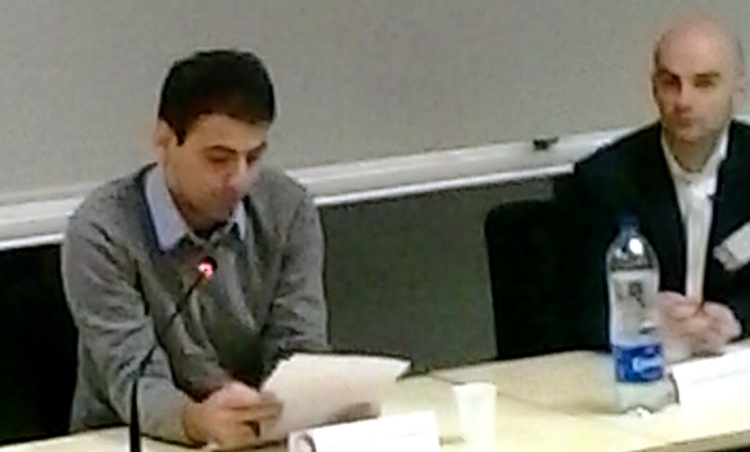 The Iranian scholar Amirpasha Tavakkoli presented the Nietzsche Salome philosophy into the crucial 21s century context of the hieros gamos balance between the masculine and feminine in his “Nietzsche lu par Lou Andreas-Salomé ” on Saturday morning. 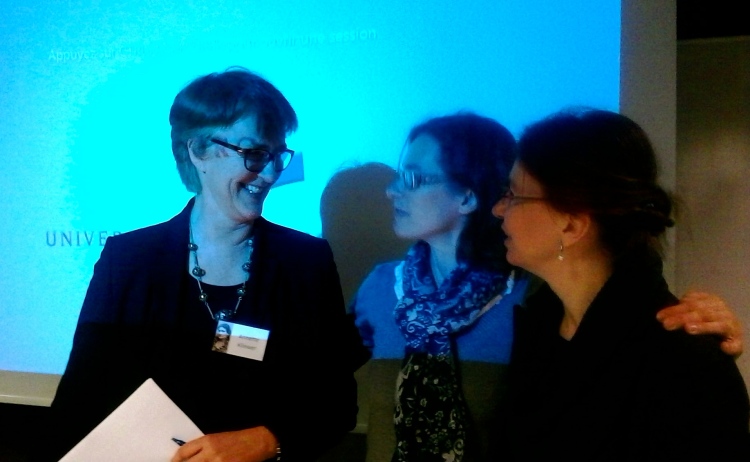 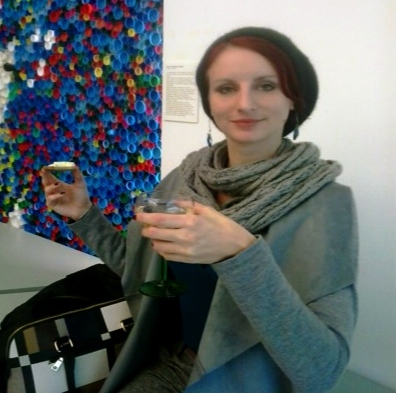 Lou Lives! The enigmatic prize-winning Austrian author Cordula Simon (above) revealed her Salomé influence of boundary crashing through borders, both literal and literary, reading from her eclectic novels at the Austrian consulate. 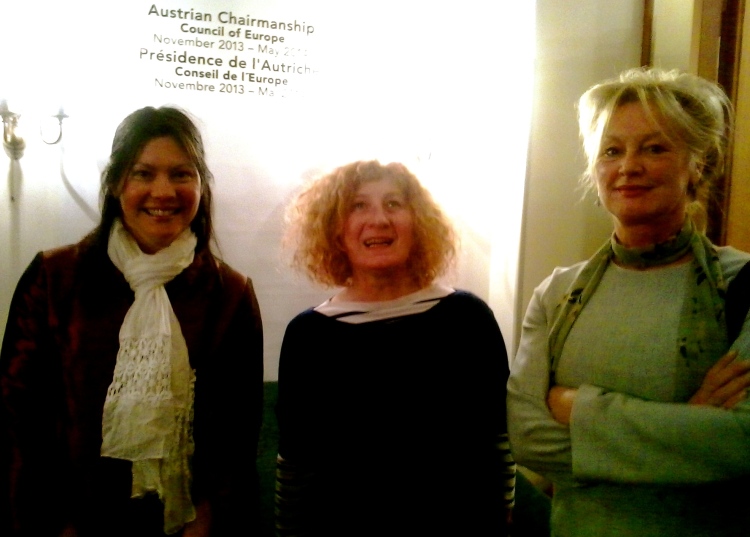 This sampling of the brilliant and beautiful boundary-smashing conference participants  at Austrian consulate in Strasbourg celebrated Salome as heralding an authentic fourth wave feminism of liberation.

For more information on the conference, go to medienedition

Dr. Lisa Paul Streitfeld is a Kulturindustrie theorist, art critic and scholar relating Salome to a Fourth Wave of feminism.  Her paper “Beyond Schizoanalysis: How the Offspring of the Deleuzo-Guattarian Marriage Allies with Fourth Wave Feminism” has been selected in a special edition of the Deleuze Studies Journal.